Hello, I understand its a beta so i am not at all annoyed of any issues that occur in this game. If at least pointing them out helps the team of PS02 and fellow players then i am all for it. When i go to change the hair on my cast female player it doesn't change the ears of the cast... i usually like to make my cast humanoid.. i don't know if this was a bug or purposely done.

Unfortunately the ears on CASTs in this game for humanoid versions were purposely made to look speaker-like, the only thing that'll change a CAST's ears to another ear type are some types of face variants which only deviate the type of robotic ear for Male CASTs I believe depending on which varient, and the beast face variant which adds beast ears instead (this one probably isn't in NA yet). I think a good suggestion, or at least one I'd like to put out there, despite nothing like this existing on JP that I know of, would be to add face variants to CASTs that allow for regular human ears on top of the existing CAST ears.

This is an example of how face variants affects CAST ears in JP, for a male CAST at least; it'd be cool if they added human ears to the face variants, where it'd actually add ears to the CAST similar to how the Beast Face variant does: 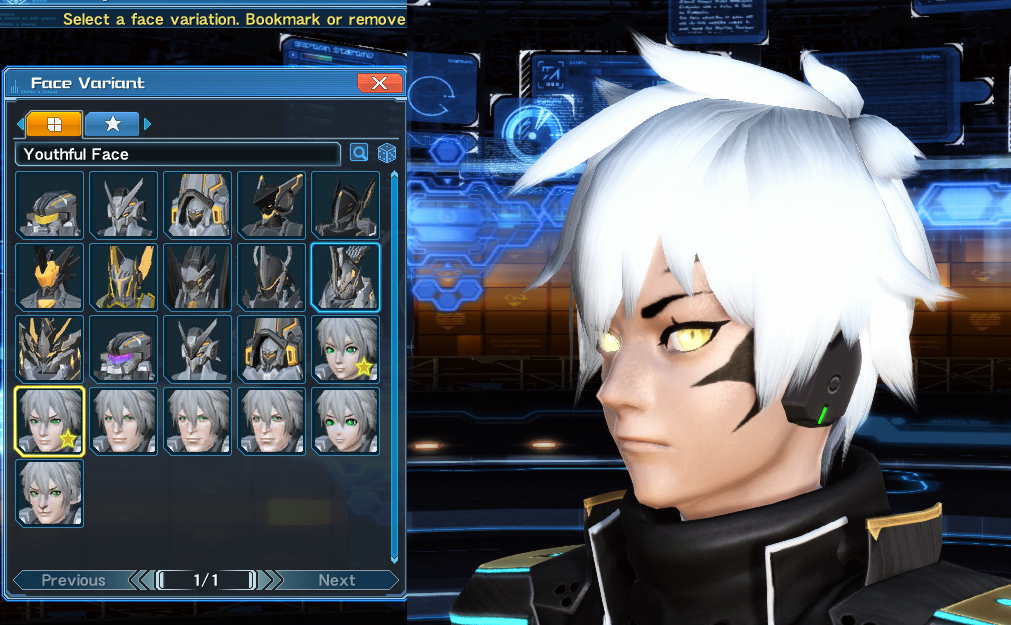 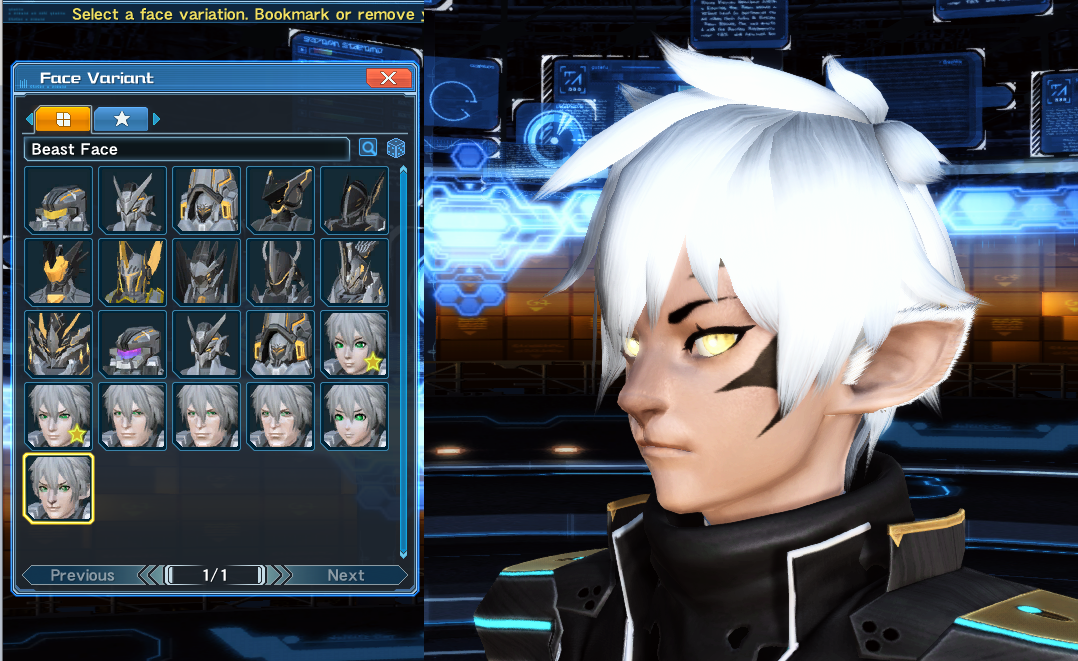 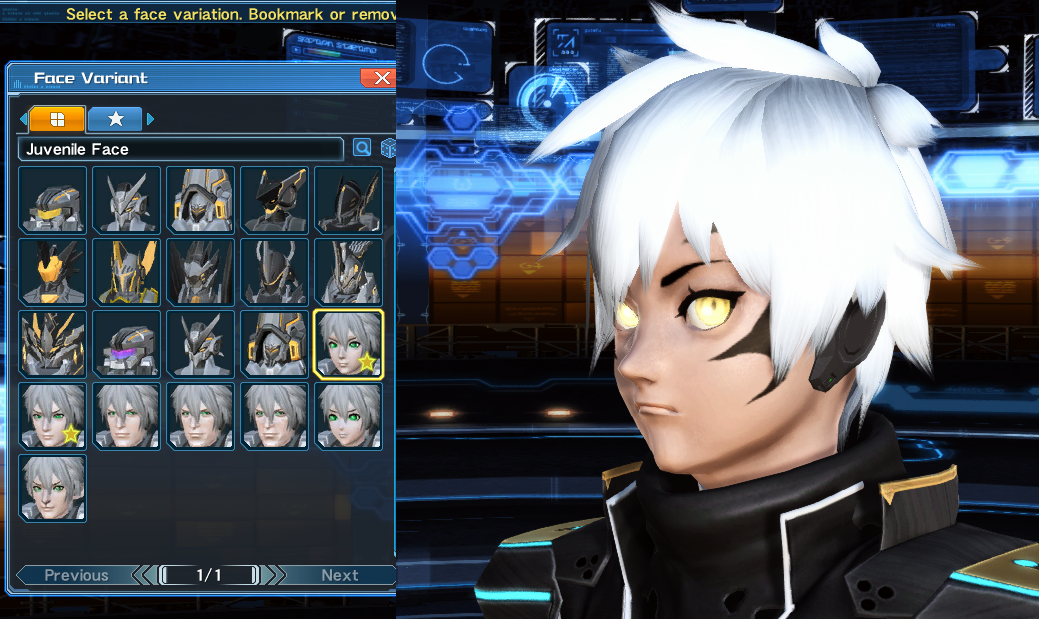 @Aviarei wait what? no way! i tried changing them on my char and it never changed... when i get the chance i will go to the beauty shop and check... Thank you for the pictures.

@Syrus-White Just as a warning, anything you do try changing it to will be more robot ears, since the beast ears were a ticket I had to consume, and human ear variants on CAST just don't exist I think, so that's why I'm putting it down as a suggestion, you have a good point!

The Beast Face is the only one that will add fleshie ears to a CAST; the other face variant that they released as a ticket, the Squinted Eyes Face, does not give CASTs human ears. It would be interesting for them to add an ear-variant to CAST faces, but it would be nice if there was something slightly off about them to make it obvious they are "artificial" like a highly defined line where the ear connects to the face.

@Aviarei well in the JP one i just use the Speaker version ears.. and cover it with hair.

@Syrus-White Yeah that's basically what I end up doing too! I do think having some indicator that they're not quite human ears would be good, like some sort of artificial lining like @AndrlCh mentioned similar to how humanoid CASTS have a line at the neck to indicate their heads can be switched out!

With female CASTs, the difference is more in the face than the ears- all variants seem to have the same ears from what I can tell, with differences being artificial lines on the face and a mask. The beast ears were a face variant unlocked with a ticket, so I'm not too surprised that one's not there; I feel like variation in the ears for both male and female CASTs is much needed!

Here's some examples of face variants on female CASTs, the ears pretty much stay the same no matter how drastic the face change is; 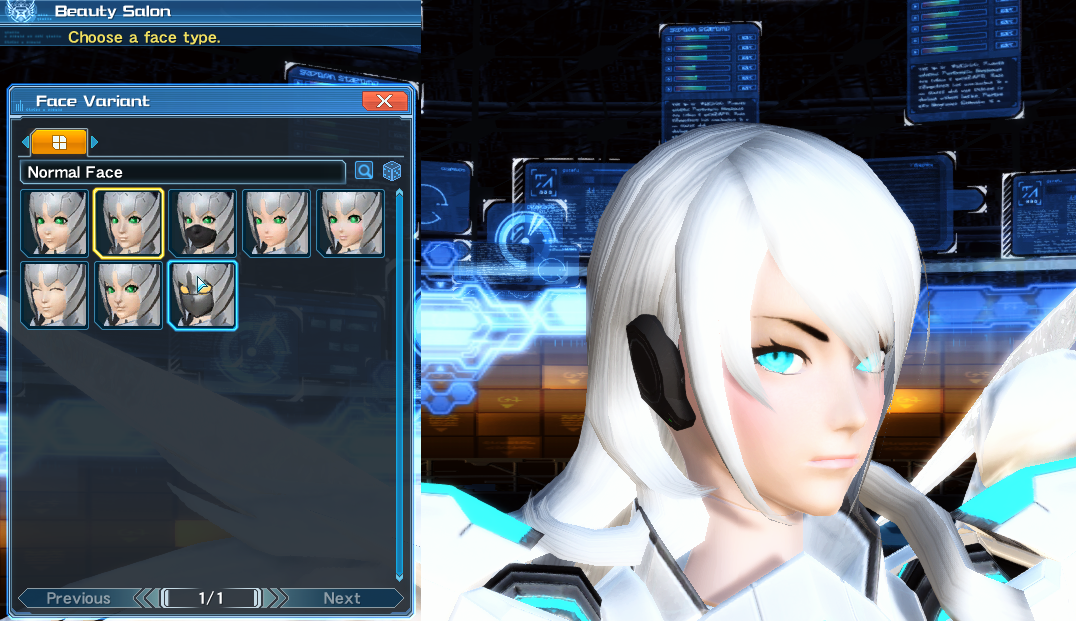 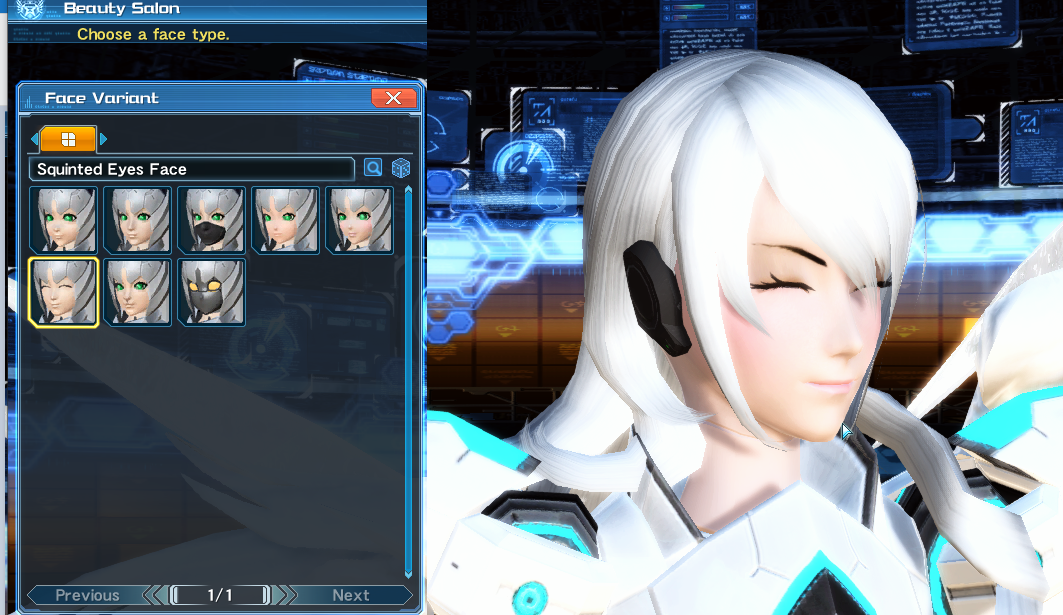 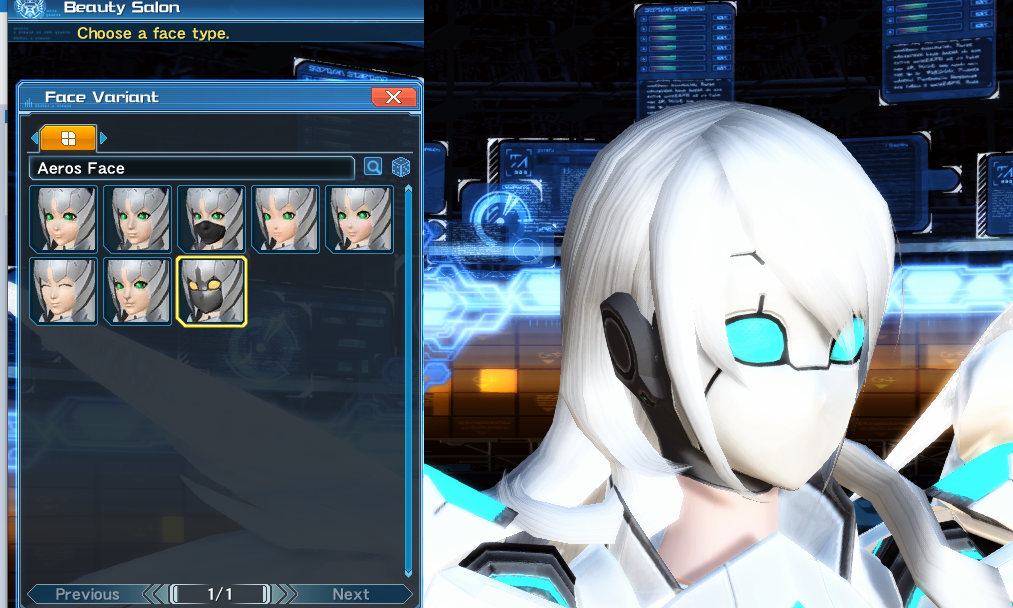 Beast is pretty much the exception for both cases since it's the only one that adds fleshy ears like AndrlCh said!

@Aviarei well its seems you at least from the beginning you have those flatter ears. hmmm... why is that? maybe when i made this character in the closed beta there wasn't the option for those? Idk i am only speculating.

@Syrus-White The flat metal plate for ears is what is normal. The "ears" you have in your picture are an accessory, so if you were to remove them you would see the flat ear.

Sorry, I thought you were aware that the metal ears that were sticking out were an accessory, I didn't realize they were the ones you were talking about! Did they come on the character default, or did you put them on and forget about them being an accessory?

Oh yeah I can definitely see how that would be confusing! I haven't made a new character in ages so I don't even know if they still do that on JP, but it definitely just looks like another type of ear with no prior knowledge!