Hi. First time posting. I just thought about making a set of new classes that use the leftover weapons ( + weapons that were not covered by the Scion classes). Some of them are results of me doing research and playing the old PSU and PS Portable series.

First class : Watchtower. Weapons : Launchers, Bows, Rifles and Twin Machine Pistols. Class Traits : Launcher weapon uses PP. Can be charged at maximum PP for higher damage. The farther the target from the Watchtower, the higher the damage and splash damage is high. Bow weapons do not have charge, but are able to fire off arrows faster. Bow weapons are focused on targeting enemy weaknesses to increase critical damage chances and increased chance to stagger enemies. Rifle weapons can be set in following modes. Normal rifle firing and alternate rifle firing. Alternate rifle firing uses the PP for increased shots but when PP reaches 0 rifle will continue firing in normal mode while PP is being recovered. Machine Pistols Fire single shots instead of the mutliple. Increased weapon damage at close range. Dodges with the Machine Pistols will change the targeting reticle to the joint or weakpoints.

CLass introduction : Watchtowers are the long ranged experts. Devised from the suggestion to increase the combat potential of long ranged weaponry as a focus. The Watchtower's Launchers are designed with maximum damage on target in mind. The Watchtower's Bow focuses on hitting enemy targets in their weak points to stagger them while giving their allies the chance to strike the staggered enemies. Watchtower Rifles are meant to suppress enemy to bring suppression to enemies. When the Watchtower's are in close range, they switch to their Machine Pistols that are now set to single shots of hard hitting damage. Watchtowers are the ones that keep an eye for their allies, being able to use special class abilities to help others.

Watchtower uses Vigilance. (Similar System to Volt of Luster) Vigilance is acquired from attacking enemies and increasing their Vigilance up. Vigilance does not fade but it will decrease by use of photon art attacks. Watchtower Focus- 3 Bars at the top of the weapon gauge. (Charged photon arts will consume the gauge the longer it is held. Take note, when the attack is released, it will consume all stacks)

*Artillery Barrage : Take aim at the set of enemies and fire shots that lob from above to blanket the area with the weapon element.

That's all for now. I do plan to have another one for the Fighter successor + Bouncer.

I do plan to have an NPC to be the Watchtower Advocate.

Duman Female : Idk about the name. Super laid back. Usually busy sleeping or napping. Fun to talk to. Combat wise focuses on aggression.

Even with the fact there aren't going to be any no classes added to PSO2 classic, (NGS still in development with the original main classes still being tweaked, with the closed beta excluding Bouncer, Braver, summoner and all Scion classes ) I wouldn't want a class as broken as this in game for several reasons. Easiest example of someone that doesn't understand SEGA's balancing methods is that revive ability that recharges based on area. You are a allowed a limited five moon atomizer across all classes, and adding another five on top of that, by adding it via a rechargeable ability no less, is a prime target for exploitation of the games system. The game would lose all of its challenge there alone. Some of the animations you describe sound cool, but beyond that, the description of this "Watchtower" class seems rather over powered when compared to the other scion classes available, let alone the classic classes.

Second, this one class would cover four weapons as a scion, two of which already exist on other scion classes. Hero and Phantom respectively. The game already has plenty of classes, and further bogging it down with more is useless. What needs to happen, and what's already happening via New Genesis is a rework of all of the currently existing classes. Your Bouncer/Fighter idea, sounds like you want a Jet boots/Knuckles type of deal, and while I'd personally like a well balanced version of that, it has already been discussed on the forums. And again, with New Genesis right around the corner, I think it's best not to take focus off the core classes until those are finished being reworked.

Third, you don't get to plan anything as you aren't a developer, this is a request, and not something you have any authority on. You also don't get to chose the name of the classes you suggest. That's either a SEGA developer decision, or if the company so chooses, it's put to a community vote. Unless Im misreading your intent as English might not be your first language. Also whether or not the class would have it's own advocating NPC would again be up to SEGA, as they have to pay a voice actor to come in and voice the character. All in all, you seem passionate about the game, and your heart might be in the right place, but this idea, in my opinion is lacking in some key places. The timing as well could be a bit better, as you don't know what NGS will bring to the table.

@Anarchy-Marine With 5 moon atomizers on everyone in the mission, there is no challenge, and no reason for people to even pretend they are trying to survive. I wish for sun atomizers to be added so i can actually atomize them out of the mission.

@Yggranya You clearly haven't had runs where only a couple people are properly geared, know what they are doing, and get to watch as everyone else around them keeps dying, and helps them burn through their moon atomizers. It's not fun, I can tell you that.

@Anarchy-Marine I have and all i can ask is: Why ARE you burning through your atomizers? Not like any of those people are going to help. You'd do more damage if you continued attacking than what all those people combined would do with terrible weapons, not to mention they are just going to die again soon enough.

@Anarchy-Marine So it's selfish to complete the mission faster for people who are just a burden? Huh.

@Yggranya I mean they miss out on the EXP, so yeah. I prefer the challenge of carrying others. Unless they aren't even trying to play, and are leeching, that I take issue with. I revive those at least making some effort to hit the enemy. Some of them could be newer and inexperienced players, and I don't think shunning them is a very productive thing to do. 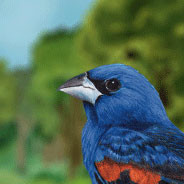 I think this class idea is amazing, The cool thing about this forum is being able to express your opinions and desires without fear of toxic players or trolls. Every class has a "Oh thats OP" about it. One way or another. Sega Tweaks it so its never OP in every category. I look forward to more positive feedback on this thread. What would be the main mobility of this concept, and main bossing dps rotation for this concept? If you had to make the damage ratios right, How would you make them comparable to other classes already existing.

@PuddleOfMudd I love it! Being a Launcher Ranger wh0re of the HIGHEST ORDER. I am quite biased. But damn what a lovely variant class idea.

@Anarchy-Marine And once again i ask: Do you think i wasn't ever a new player? Did you get some upload to your brain on how to play the game when you started? Come on, there is no other reason than the fact there are no consequences, and they can do it every time with no fear of punishment. It doesn't matter if they are new or not since they know exactly what they are doing and don't give a flying fuck. The fact that one in a million MIGHT actually be totally new (Really, a new player in level 70 content and higher? Pfft...) but that is a basically a nonexistent chance.

@KnightHarb1nger I mean, yeah, if it was tweaked a bit, it could be a fun class for anyone that loves launchers, as I don't believe there are any scion classes that have that. But that said, new classes, realistically don't seem to be on the table right now, as the development team is focusing on fine tuning the engine update, as well as working on NGS proper. That, and as I said before, the game is flooded with classes already as is, and it seems like the core focus is streamlining what we already have. They may also be doing away with scion classes in NGS, and consolidating some of their skill sets into the other classes to simplify game mechanics. Players that partook in the closed beta noted a few times where they used PA abilities, that they looked like scion counterparts. And the reason I keep bringing up NGS over PSO2 classic, is that it looks like new content won't be added to that area of the game. If you beat the story in PSO2, it explains why it's even called New Genesis. And classes historically are added via the story in this game. This might however be a good part of a framework for the developers to add fresh content later down the road in New Genesis. But thats going to be a ways off, at least until they are done working on what they currently have. And that's with some vocal players demanding voice tickets, and more collaborations in global to boot. Development has a lot on it's plate right now, which is why I was so against the idea when I first read it. Reading your post however, made me pause and re-read it the original post.

Yeah, the more I read in general. It feels like there will either be a much simplification of total classes. Or a more "class fluidity". That would sort of play into the whole non-gender fluidity of char creation etc.

And agreed what we'll eventually be calling "PSO2 Classic", like that actually, seems to have had one of the most successful but none the less scope creeps around. NGS is their one chance to wholesale revamp, redesign, and deflate the hell down all that scope creep. Be it the rarity compaction, economy tweaks that wouldn't be nearly well tolerated if this were merely Ep. 7, etc. etc.

Change is a bitch. I hate it more than most. But all good things do eventually come to an end. Here's hoping for anewed great beginnings with NGS.

@KnightHarb1nger I think it stings more, because they waited so long to bring the game to western audiences, let alone global audiences. It's like someone putting a bandaid on a fresh wound, letting it begin to scab, and then ripping it off as fast as possible. So I get what your saying there. Here's hoping NGS has some vast combat improvements, and here's hoping that a GM sees the thread, and at least shares the idea that some who love launchers, would love to see an improvement there as well.