No one pugs it at all. Neat. Guess I'll join the lobby players from now on, I might have more fun that way!

It's better to run solo to avoid leechers and trash players ruining runs. It's not dead, it's veeery alive, it's just that not many are willing to carry you.

@Furious I thought you quit because of affixing lol? I would suggest learning affixing to improve your gear first and then run it with friends /alliance.

I do all my divide runs with my alliance, figure most other alliances do the same.

Guess I won't ever see any benefit from it, then. There goes all that content right out the window.

You can always solo it?

This is why I have requested the expert matching. That said, even if there is expert matching, but is or is doubtful that enough to the difficulty of the divide quest.

I don't think expert matching will help, when I'm pretty sure that less than 10% of people have beaten Phaleg.

That's the spirit! Should be easy with all the power creep. @BarrelHunter Phaleg (story version) is not needed for expert matchmaking on JP, she does appear in the required extreme quest, but she has half the HP and doesn't have the healing restriction from the story version.

@Nue-0 It always baffles me when people mention the Techer isn't capable of doing damage and that they're purely a support class. The Techer has some very big-damage attacks but I always found their greatest strength is the fact that their subclass shapes and gives them the ability to handle content differently than other classes. I still feel that the Techer is likely one of the "greatest" examples of how a subclass really influences their strengths and weaknesses because even each of the Successor clsases you can use results in a very "different" Techer you play with. 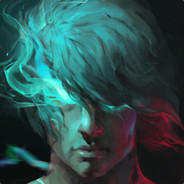 @VanillaLucia I totally agree. I play TE/PH as secondary class just for fun, and even with cheap gear I can manage to solo s rank lvl 20-25 with no issue. Never tried 25-30, but only because I don't have enough skills and gear for this class

@VanillaLucia This is why I am leveling Techer now because I know it is valuable. I look forward to understanding it further.

@Nue-0 Gotcha, so I need bleeding edge gear and affixes and the time to do all of it and master it like JP had to be on par with other classes. Shouldn't be an issue, then, right?

@Furious I don't quite see where the difficulty is for for you. The video that was shared does not display any sort of "difficult" or challenging gameplay mechanics the Techer has because the Techer was never really that difficult of a class to play (at least in my experience). It matters more of what you as a player are capable of to pull yourself through the content. The global version already has access to most of that "bleeding edge gear and affixes" and we have already had quite a bit of it available as handouts.

In the description of that video the person also listed the stats of the Wands they used and we have already surpassed those on the global side of things. The only "new" thing you might have difficulty with is the Puras/Stil wand but if you are one of those players who cannot avoid taking damage the Stil's potential is useless (it completely resets upon taking damage and takes time to rebuild itself).

Access to, but not the adequate time to properly put it all together.

@Furious What is it you need to put together? Most of my time playing has been with relatively mediocre affixes (because I have been saving my resources or have been selling them on the Player Shops) and I cannot imagine that even having all the right pieces that it would somehow equate to skill. The only real pressure you have with the Techer (and specifically in that video with the Techer/Phantom) is to learn enemy patterns and spawn points so you can group everyone up and bonk them all simultaneously. The Techer is one of the easiest and fastest classes at grouping up enemies and I can't imagine you have to work so hard to build their playstyle compared to other classes.