Compilation of YouTuber videos as the streams go live.

Breakdown of information not yet shown on the CBT website.

"My personal goal is to collect materials that let AI generate illustrations based on screenshots from NGS, which I want to see thumbnail images."

"A meeting to try various things. I don't know if I can pick it all up, but I'd love to hear from you."

"Delivery is is unfamiliar but glad if you could look at the warm eyes."

While not a livestream, I feel this video is also relatively neat to see:

The counter-attacks are not present in this video, unfortunately.

For those who can read it:

"We will verify the impression, the impression that you actually experienced the functions announced so far, and whether it works on a low-end PC!" 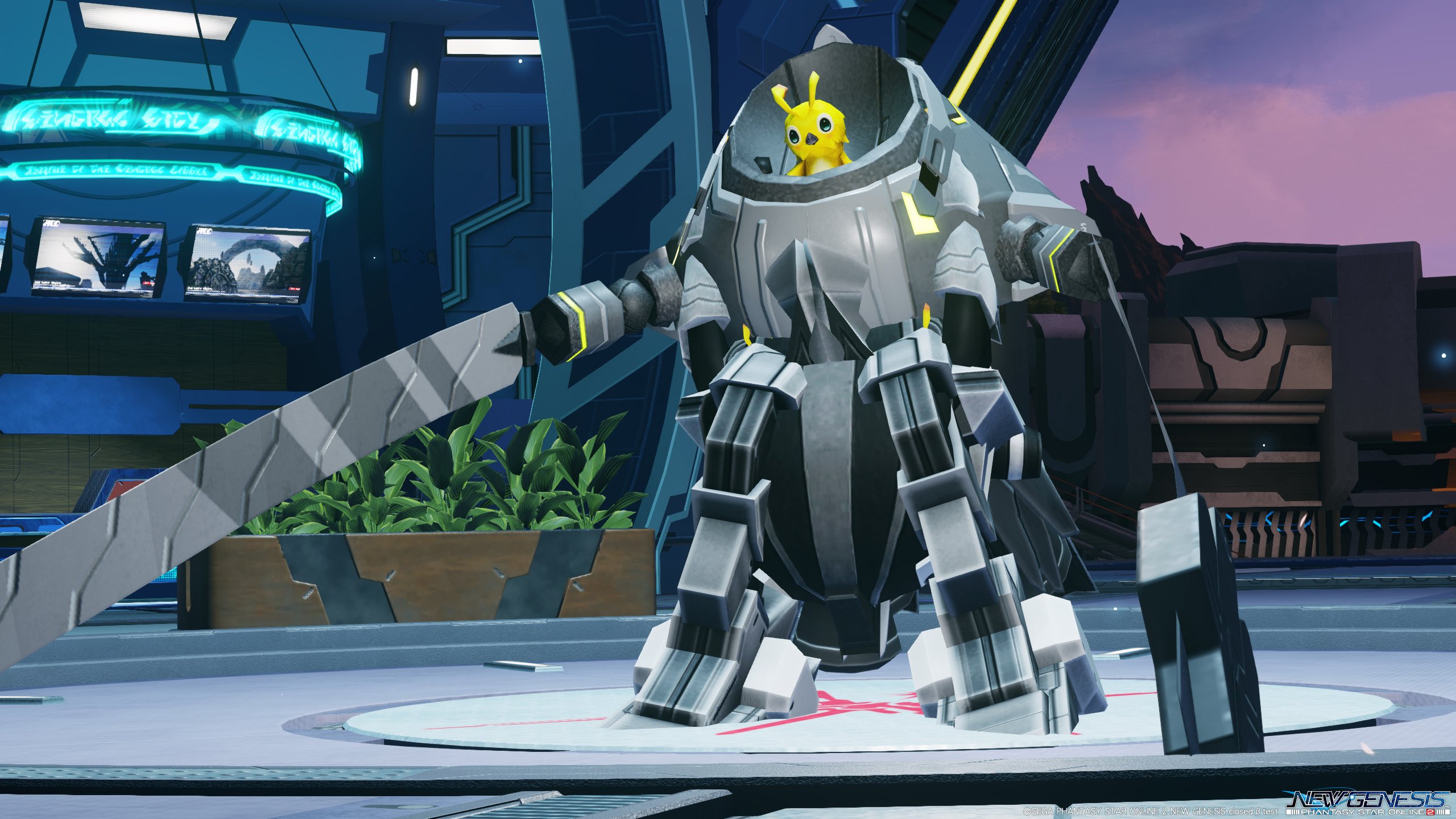 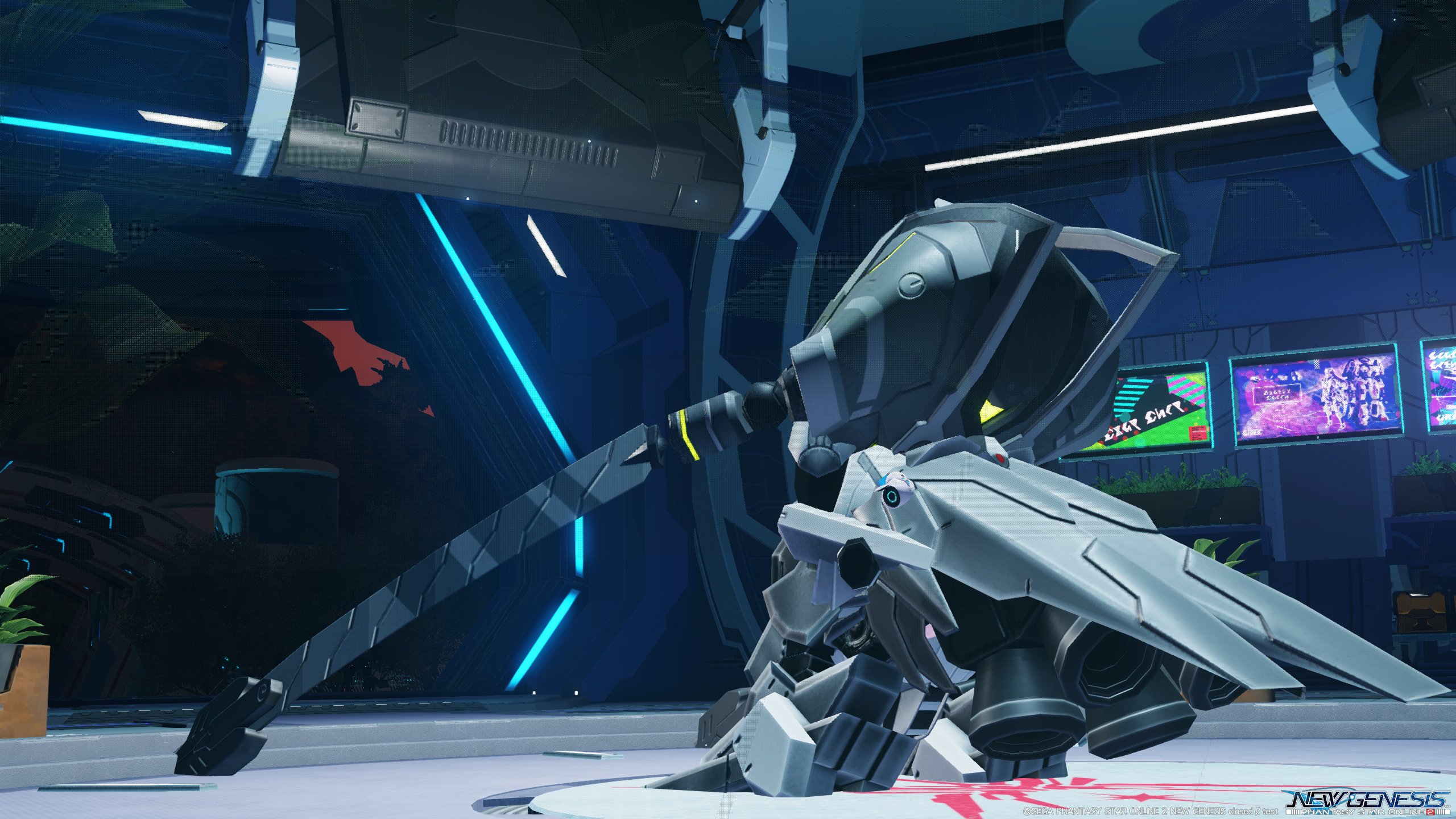 For that Luster outfit hype: 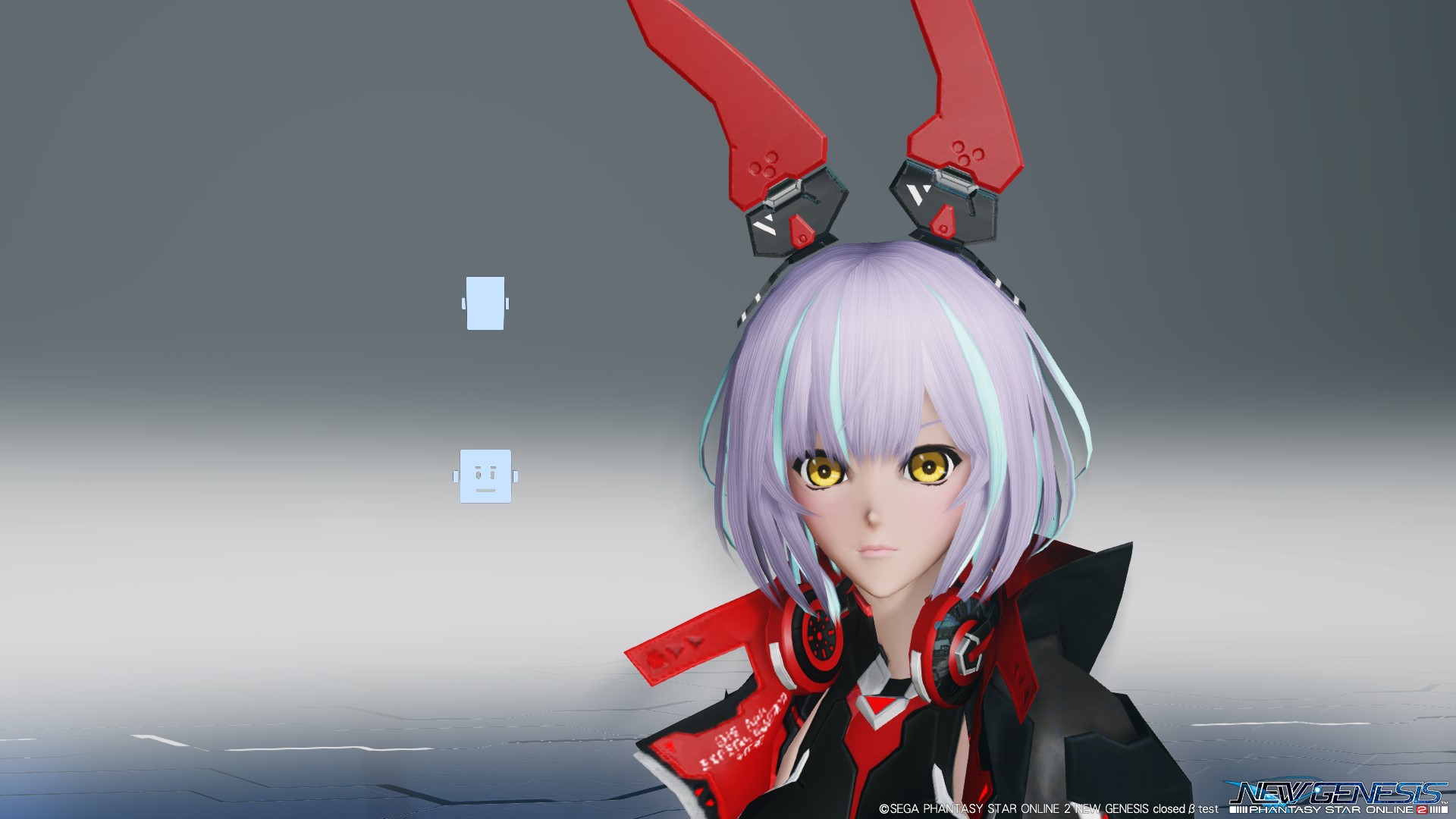 This Head acessory is very familiar... Is this the new texture for Mary Headband? 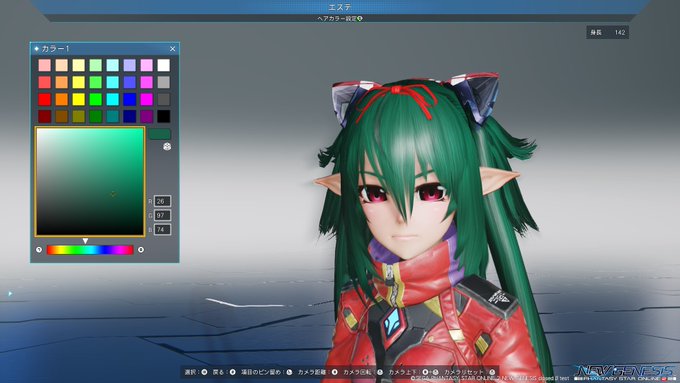 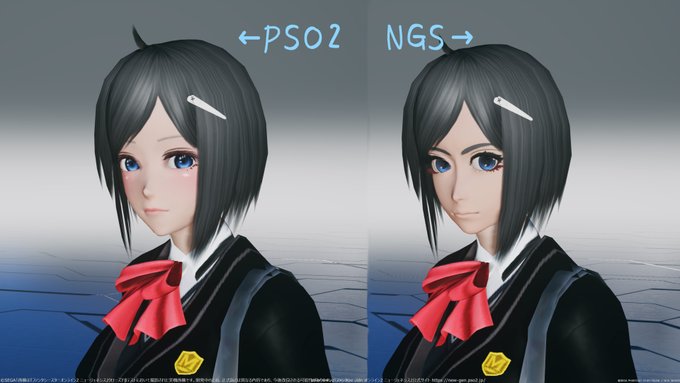 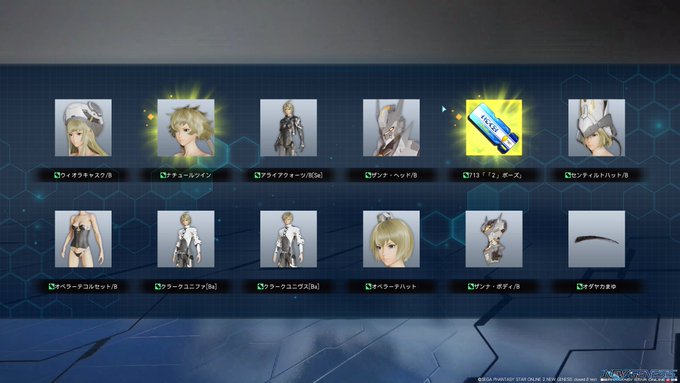 Outerwear is now a consumable? 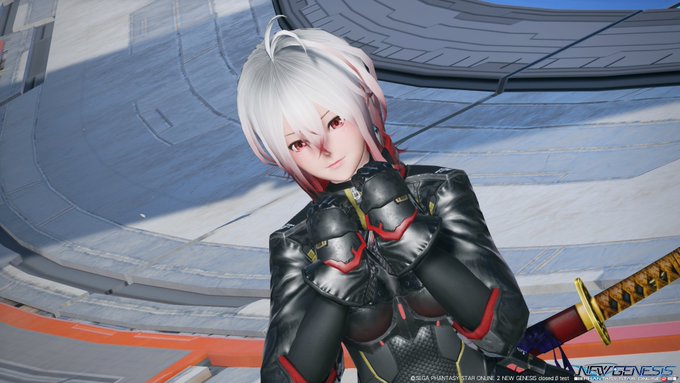 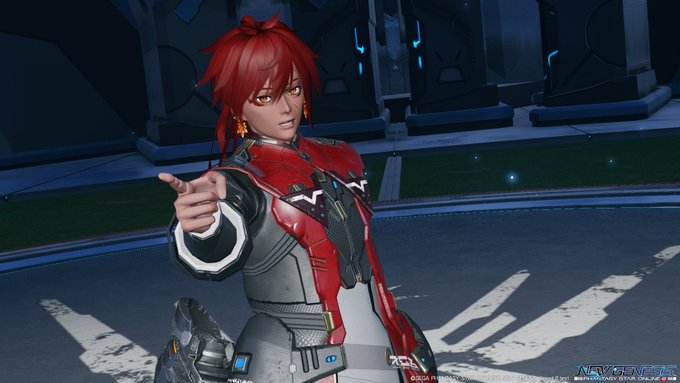 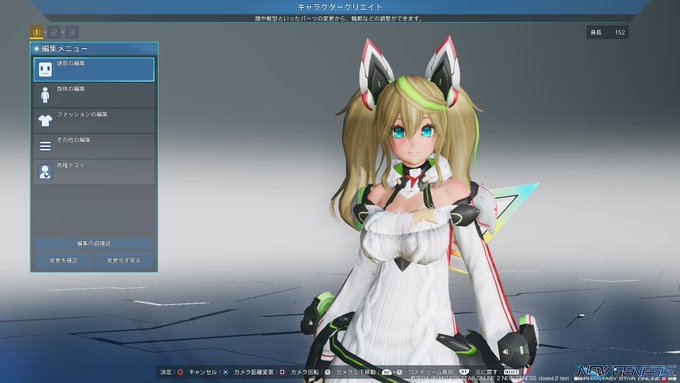 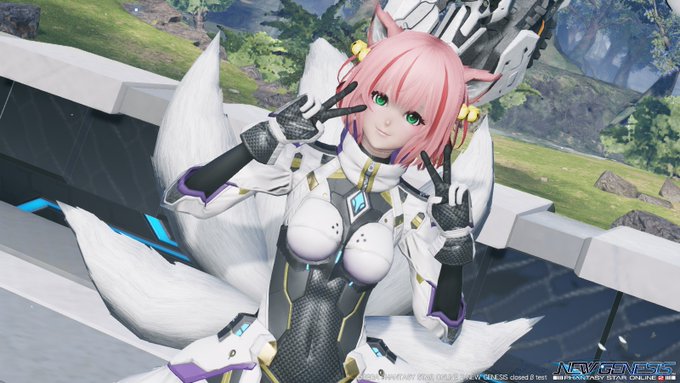 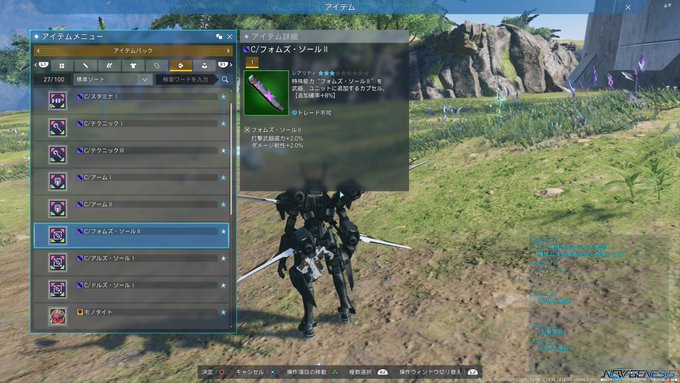 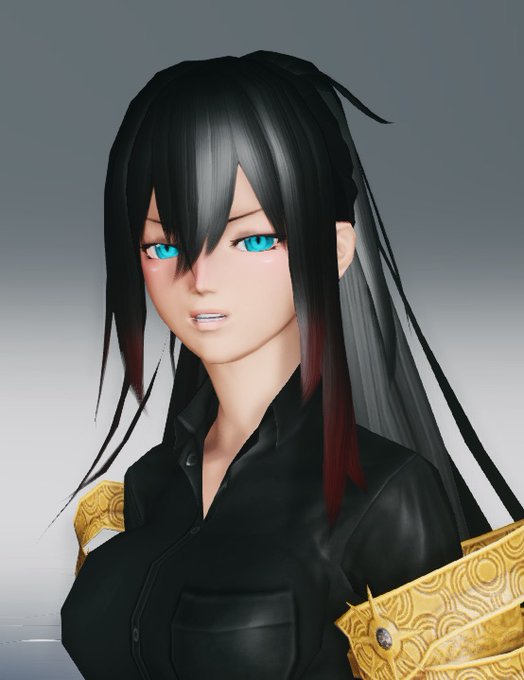 I am very intrigued so far by the talent trees and overall design. It suggests to me that these class mechanics will be tied to the weapon instead and, rather than being about damage optimization, subbing will be more about creating a playstyle out of the mechanics of one weapon type and another together.

I love how they've woven Guard Advance and Charged Parry together into something more akin to a couner-attack, which just feels right. Everything about the way they've set this up just feels right to me.

PSO2 main and subclassing is defined by limitation. New Genesis is looking like it will finally be defined by choice, and I can't think of a better direction for the game to go.

@_Flux_ I cannot confirm it because I have not looked at too many people playing it yet but I seem to notice a lot of people talk about equipping subclass weapons freely. I thought that there was still a mechanic needed to unlock the weapon in a method such as a weapon extension in our current game in order to let a weapon be usable as a subclass. To me that is the only obstacle I feel that shouldn't exactly be necessary but I have not seen how difficult this actually is in-game. On the other side, however, I have seen players playing with the affix system already and it definitely looks similar to what we have already but simply twisted around where instead of using fodder weapons you are using capsules dropped by enemies instead and the number of capsules increases your chance of success. The players I watched already had quite a bit of capsules just fighting enemies so I can imagine this should be much more approachable to new players who don't realize they are likely already holding affix-related fodder and materials.

Along with the removal of things like "basic" healing like Resta and Megiverse and it being pushed onto one-use items that have a charge and that both the Force and Techer have unique variations of the "Resta Sign" for healing I am very curious to see where the game goes in terms of players taking hits, being "tanky," or pushing for states like high health/low health boosts. The newly defined skill trees look very small and do not seem to provide these sorts of bonuses but I do not mind as the weapon-related and class-related mechanics still seem to synergize with one another. My worryomg would start if skills like "Iron Will" wasn't a main class exclusive and pushed everyone into playing Hunter again just because it was "easy mode" like it was in the original game.

From what I have seen as well, the new Chain Trigger operates on a timer regardless of your combo count like it did in the original game so you only have a period of time to get to the combo you want before breaking the chain. I have seen players fail to break the chain and immediately reactivate Chain Trigger afterwards whereas the original game punishes you with a hefty cooldown. The cooldown only seems to exist when you actually break the chain this time but failing to break the chain means rebuilding it when starting it over. Their combat options definitely look to me like they have merged properties of the Hero and Gunner together (the new Infinite Fire seems like a more mobile Infinite Fire/Brand New Star) and Shift Period seems to take elements of both Heel Stab and Final Storm. I would still love to have the Hero's speed (dash-shots cancelling into Moment Trick and back, for example) but the Gunner definitely seems to be pulled back much more than the other classes due to how obnoxiously broken they were in the original game even after their nerfs. Like the Fighter, my main gripe with the Gunner was that they performed very well if you got over their relatively clunky (compared to the Successor classes) nuances.

The Techer also looks fun this time around due to how they have a counter-attack and from what I have seen their gameplay is simply much faster, tighter, and more aggressive than they have ever been in the original game despite looking largely the same. I am still unable to confirm if whether or not the techniques used are the same as the Force which would be my only complaint if it is the case because I really do feel the technique-based classes all suffered from having access to the exact same techniques but it only differed in sheer numbers (Ilgrants being very powerful regardless and as a result class combinations specialized in certain techniques more than others but was otherwise an overly bloated "variety" of techniques you would never really use for most situations unless an enemy weakness called for it or because you had enough raw power to use one technique for everything). I personally do not believe that the "Foie" a Force has should be the same kind of "Foie" a Techer, Bouncer, Summoner, Hero, and Phantom should have access to because while the Force is one of the best users of it due to its elemental mastery it is strange to me how much the technique-casting classes can overlap in a nutshell.

@VanillaLucia You can equip subclass weapons freely. The crafting option you're referring to is a multi-weapon. Say you're a HuRa (bear with me) and you have a Greatsword and a Rifle. You fuse the Rifle to the Greatsword to create a multi-weapon, and now your PA slots can hold both Rifle and GS PAs. The result is that you can like... Rising Edge > Grenade Shell > Sonic Arrow and it will just switch to the correct weapon for the PA seamlessly, even smoother than a Hero switch. This enables all sorts of cool combos, and if the tree skills really are tied to the weapon, your choice of weapon as well as sub will become very important.

The affixing system I'm still on the fence about. I haven't seen a whole lot of people messing with it yet. Do you handle affixes indiviually in NGS or is it all at once like we do now?

Chain Trigger does sound a lot less punishing than before. So now when a part breaks before I finish, I can just activate Chain Trigger again and target a new part without missing a beat. Thank god.

Regarding Techer, I guess they solved the whole problem of Techer vs Everyone Else Shifta/Deband now :P. Now you have to be or sub a Techer to use Shifta/Deband! Which... I don't mind, honestly. That and the lack of multipliers in general actually gives some value to subbing Techer for support purposes. It's weird that their defensive spell set is in the talent tree but the offensive spell set is not in Forces. The offensive spells might actually just be Rod/Wand PAs now, so a Techer would have to sub a Force to use Foi/Barta/Zonde while a Force would need to be Techer sub to do Grants/Zan/Megid. I do hope they carry over some of Etoile's PAs for this... it'd be kick ass if Grants was like Black Hole Rupture or Luminous Flare.

I am not fully aware of how the affixing works because I only saw people install abilities successfully so far so I do not know if it is a one-shot process like it was previously or if it is more of an install-and-delete sort of process.

If I recall, Shifta/Deband is a main-class only skill for the Techer so you must be a Techer main to utilize it in the first place. In the quick video I have seen of the Techer's gameplay they are using techniques just like the Force does (their Foie shoots a fireball and the changed version creates an explosion on the target). The Techer's gameplay is much more physically-oriented and they have a block-counter that they can use as an additional attack. I do not know if their "Heavy Hammer"-esque attack can be charged or not but it does seem to be used as now an alternative bonk-button. I am very curious as to where the Talis will be sitting considering its "limited" use in the original game and how the Hero uses it. I am still relatively upset about its nerf (the Talis used to be aimable in Z-Aiming mode but it was eventually removed due to it being too powerful for casters who can predict and setup situations to pre-fire techniques against mobs and enemies yet the Ranger can do this with a relatively slow-aiming Positron Blast and the Hero's weapon action for the sword allows you to flick-snipe enemies with their charged shot anyways).

You can no longer specify the 100s, 10s or single digits when placing an item on the personal shop in NGS. Meaning no more awkward amounts like 5,555: 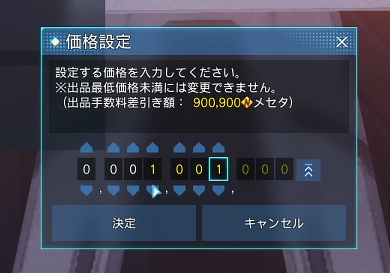 A timer follows your character around while in an Urgent Quest area until the UQ starts. The prompt disappears while in combat or firing your weapon:

Rappies, they still have the double-tap mechanic, where you hit them again after a while to get extra stuff:

Bosses can have their own Photon Blasts too: 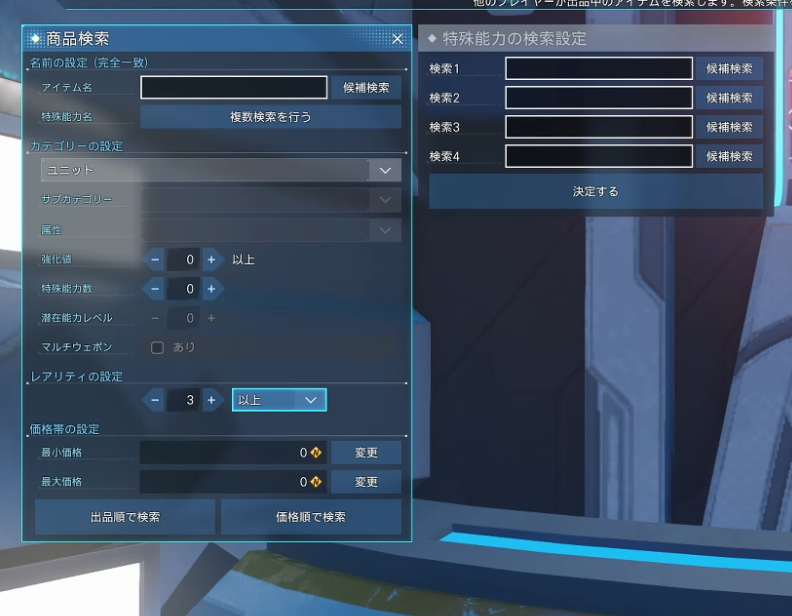 Videos played on monitors can reflect on the ground: 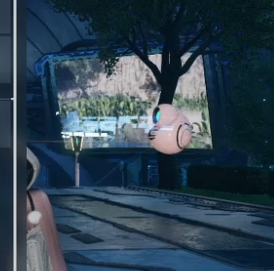 Can preview emotes before using them:

AC Scratch Window and a snazzy new animation that plays when drawing: 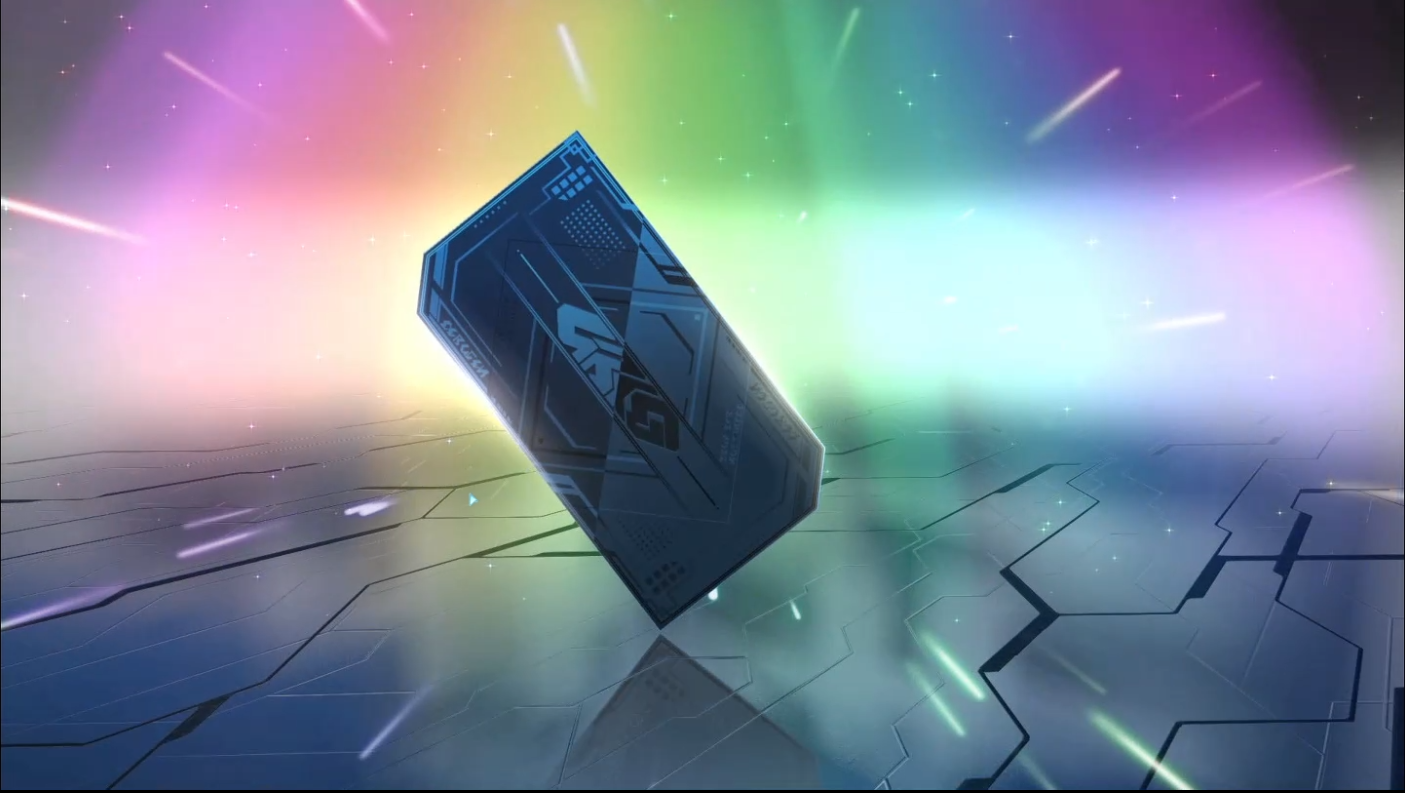 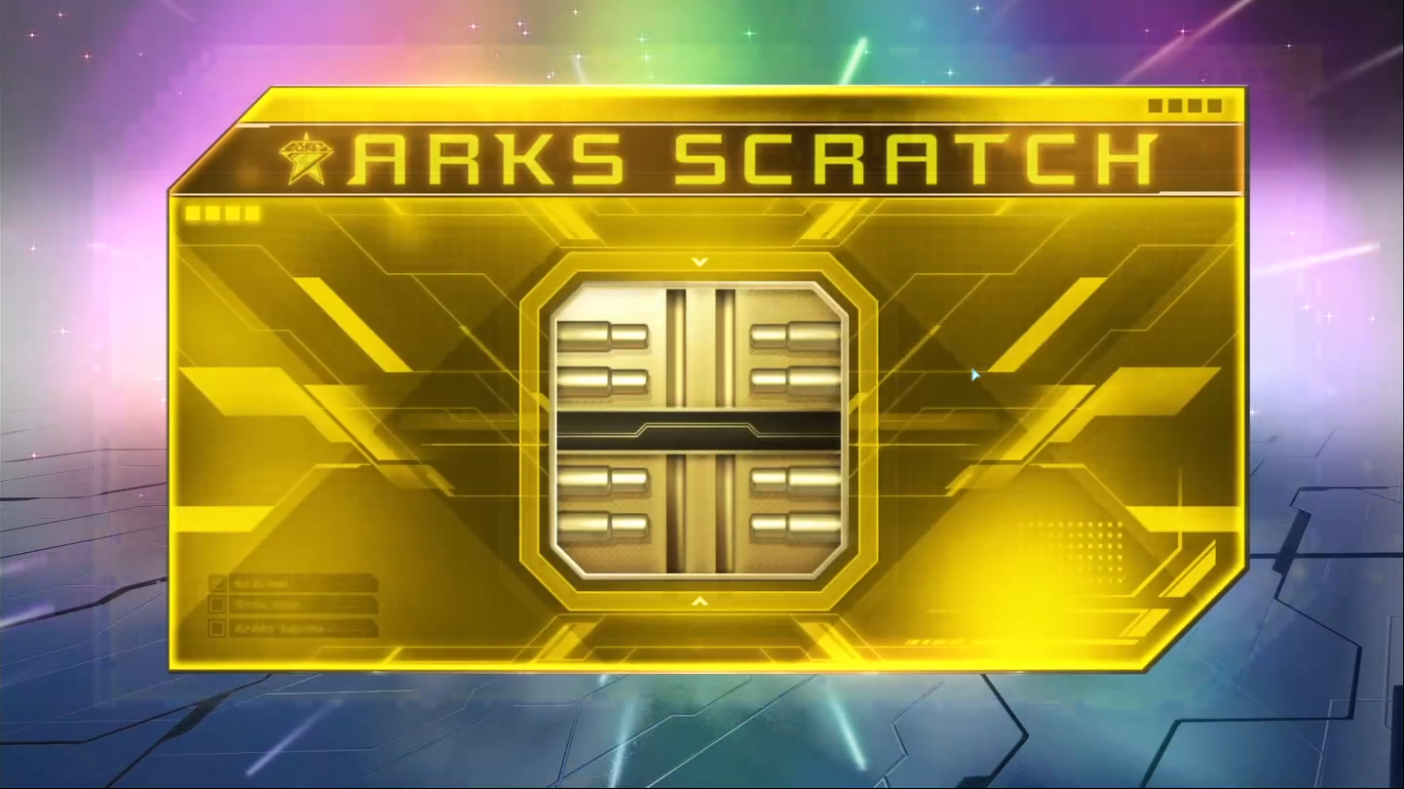 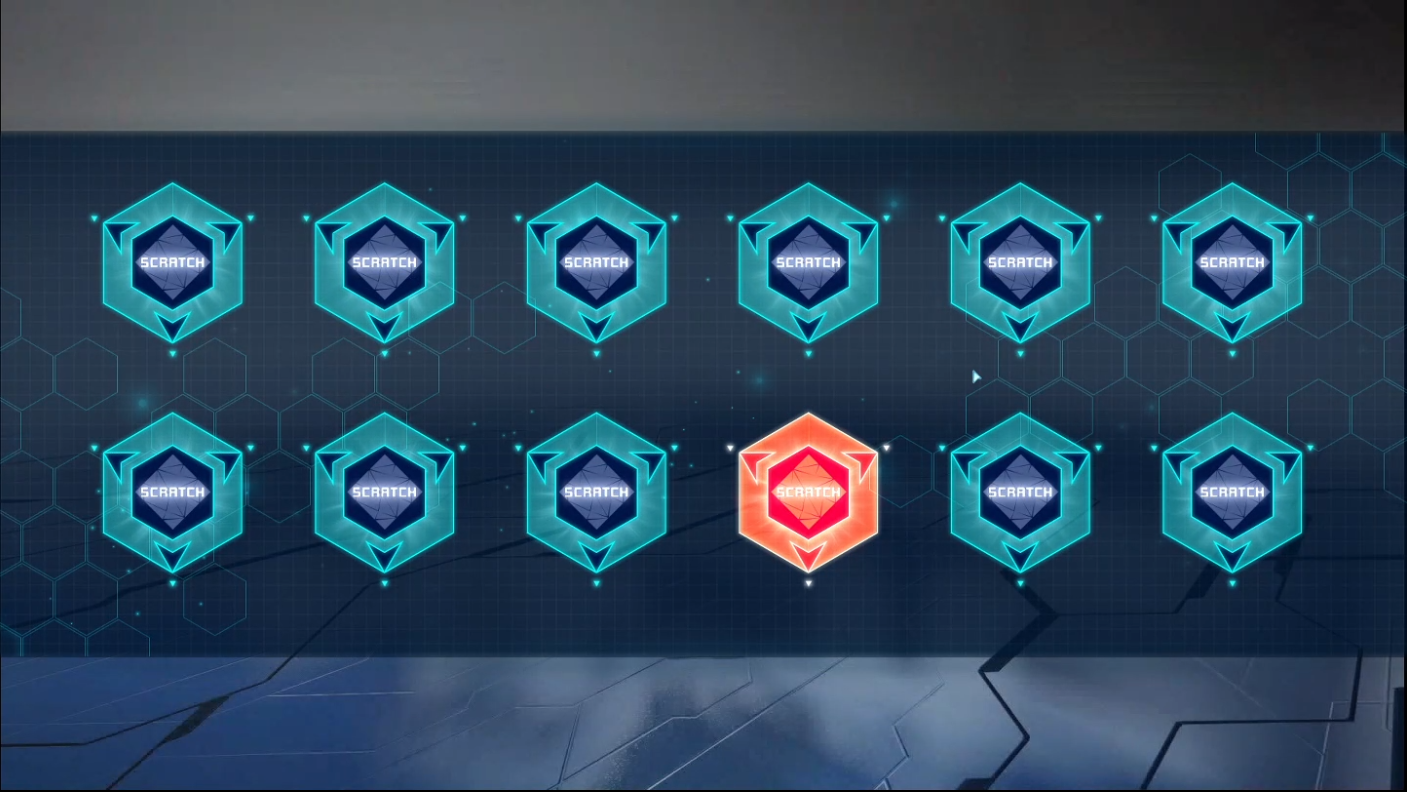 You could always preview emotes.

Oh no, Casino adulting mechanics! Time for the lootbox controversy to trend by the Twitter Rappies!

(In all seriousness, Senate bill S1629 is why you shouldn't try censoring a Mature game with augments plopped into Scratches.)

Even though I always burn those augments for badges anyways.

The Personal Shop changes don't really effect me anyways, because I'm not that crude on the marketplace to put 1s in.

Rappies are shown to be singing in that link.

The Personal Shop changes don't really effect me anyways, because I'm not that crude on the marketplace to put 1s in.

Rappies are shown to be singing in that link.

Thank you to everyone sharing stuff!! I've been meaning to look more myself, but I keep getting a bit overwhelmed.

I think the only thing that looks a bit weird to me are the NGS faces? But maybe they will look better when playing around with the different parts.

Here we have a Twitter user practicing the various parkour mechanics. (Photon Dash and Photon Glide)

"Lowering the texture makes the Rappy look like a stuffed animal!"

I believe the lower texture (Based off the ground), is similar to the current specs. Not certain on that, though.

@rengeji_mii with an aerial Photon Glide. 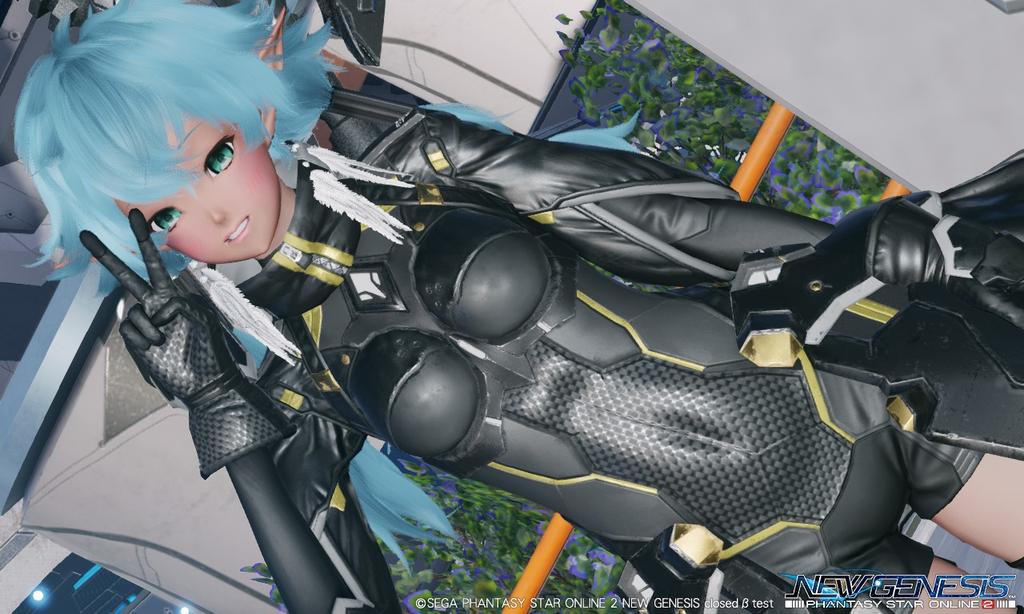 I really enjoy how SEGA can make the SS dictate the game version as well as the copyright.

Would be nice to see a Global staff tease with something like an Alpha Test SEGA Server in the copyright details. 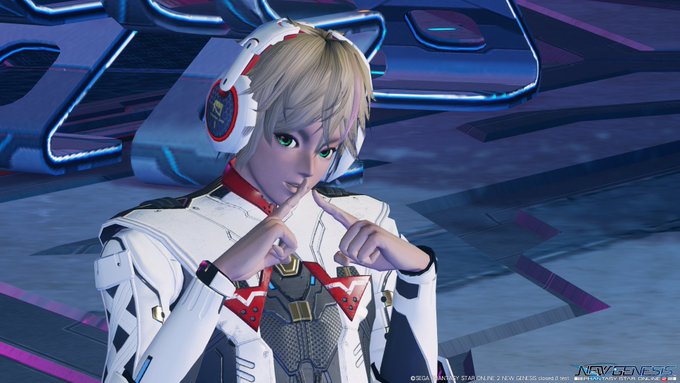